How Josh Helped us to Interpret the Bible

Last week our family went for our annual trip to a friend's cabin in the mountains. Together with another family of five, we spent the week laying around, cooking good food, exploring streams and having daily group morning devotional times (among many other wonderful activities).

We've known this family for decades and have vacationed with them for the past five years in a row.  I really appreciate that the three kids of this other family are all very tenderhearted toward Josh and try to help him out whenever they can.  One evening we had a discussion about what it's been like for them to grow up with Josh as a "cousin" and they had insightful things to say about how being in relationship with Josh has made them more sensitive to others, especially those who have special needs.

One morning, the mom of the other family led us in an inductive Bible discussion of Ephesians 4:26-32.  Our kids range from age 7-15 and we have just barely become a group that could have a brief discussion of the Bible together.  It was a bold decision to try to have this kind of devotional time with this crew, especially with my wiggly troupe.  It went surprisingly well.

The part in the middle of the section goes like this:

"Let no evil talk come out of your mouths, but only what is useful for building up, as there is need, so that your words may give grace to those who hear.  And do not grieve the Holy Spirit of God, with which you were marked with a seal for the day of redemption"

One of the kids asked, "What does it mean to grieve the Holy Spirit?"  After we defined what it means to "grieve", we wrestled with the question of why it might make God sad when we don't treat each other very well.  Why does He care?  What might that feel like to God?

Finally, my husband came up with an illustration that made a big impact on everyone.  "What if someone came up to Josh in front of you and said, 'Shut up, you stupid retard' ?  How would that make you feel?"

Alex barely got his question out of his mouth before all of the children (except Josh, who was listening to music on headphones) gasped with furrow-browed, open-mouthed, passionate indignation. Hurt and a sense of injustice flashed on each young face.

"Why would anyone say that?!"

"I would want to beat them up."

"That would make me really, really sad and mad."

We had had a conversation earlier in the week about the "r-word" and about how it's inappropriate but that some people use it in reference to kids like Josh.  We were all aware of how hurtful words like that are.  (Actually, we had an interaction similar to the one Alex described when we were at the library the other day.)

Alex explained that how we felt was sort of like how God feels when we treat each other badly and refuse to reconcile with one another.  It grieves Him.  Just like we all want to protect Josh and make sure that he gets treated well, God feels that way about every one of us.

I was struck by the emotional and theological richness of the moment.  Because we all have relationship with Josh, a vulnerable person with many, many needs, we have a deeper understanding of what humanity is like before God and about how God feels about the brokenness of human relationships.

The emotional impact of the illustration made the truth of the scripture sink in.  My girls have mentioned this scripture to me several times since we've returned home, noting that they want to be better at not being angry at each other because they don't want to grieve God.  They asked that I print it out so they could put it up on the walls next to their beds.

Even though Josh was listening to music on Pandora on my iphone during the whole devotional time that morning,  I treasure how he was (and is) involved in expanding our understanding of God just by being who he is. 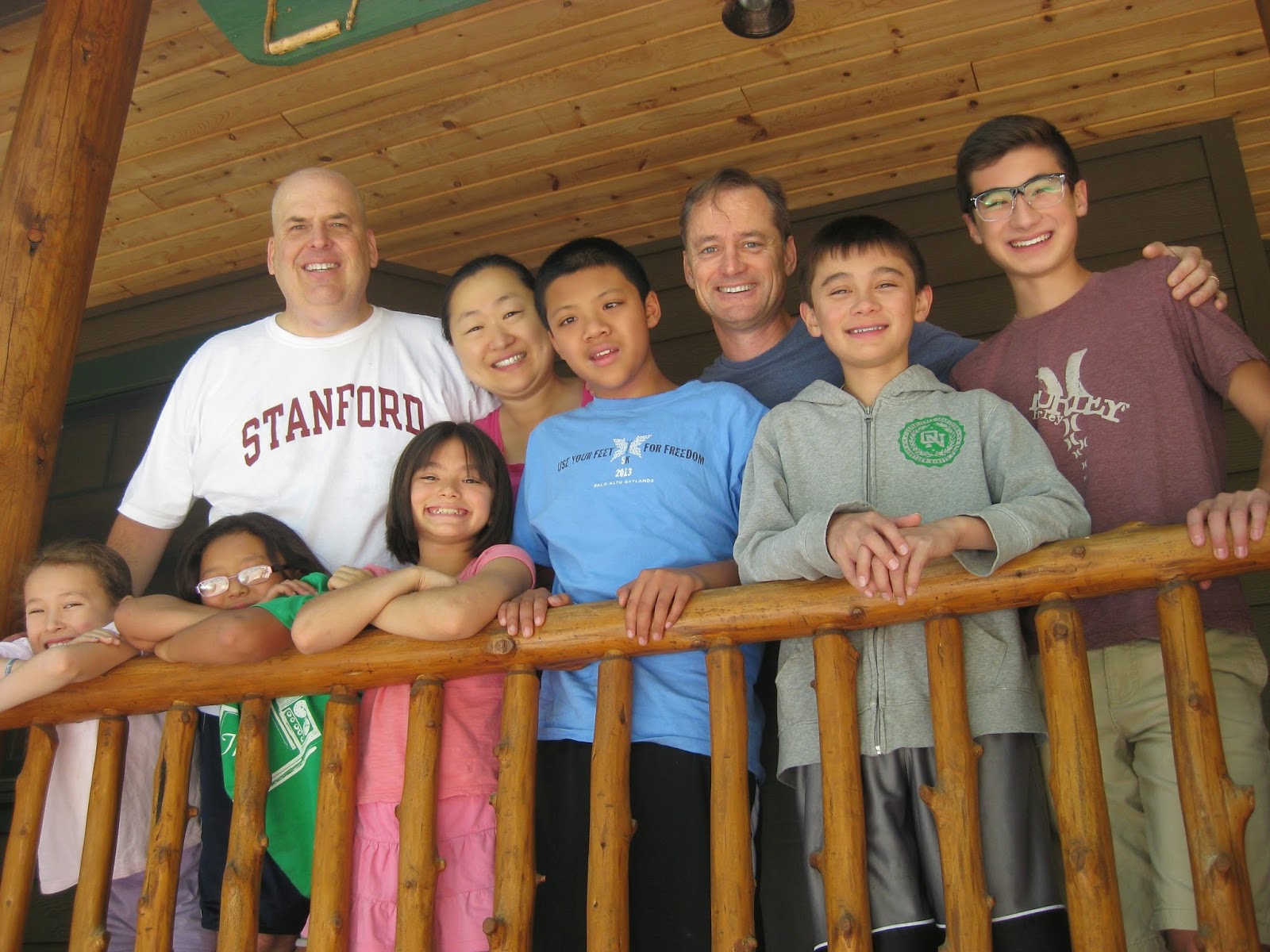 Posted by showerheads and hairdryers at 8:00 PM