My husband and I were standing at the beach with our arms around each other watching dolphins frolic in the water.  Our girls were entertaining themselves for the seriously long time, playing nicely together as if they always behaved like sisters who are best friends.  There was just enough sun and breeze to make you feel alive and alert.  It was a marvelously beautiful day.

"I feel relaxed," he said sadly, looking like a big dog who had eaten the Sunday roast but knew enough to feel conflicted about it.

I knew what he meant.  It was the first time we had ever done a special family day trip without Josh and it was so nice.  One on one parenting is a heck of a lot easier than the zone defense that we have to use when we have Josh.  It's usually, "You take the girls.  I'll take Josh."  The girls are easier to herd together and Josh needs the full attention of one adult.  Talking to each other when we are anywhere with our three kids is almost always out of the question.

We were taking a day at the beach with just the girls because Josh had summer day camp that week but the girls did not.  Alex has Mondays off so we took a traffic-free drive to the beach, played at the beach for several hours, had a lovely lunch together then went strawberry u-picking.  There were hardly any ripe strawberries but it didn't matter because the girls had fun running up and down the fields while Alex and I took in the landscape and caught up about life.

How can having such a lovely, restful day make us feel so bad?

Because part of why we were able to relax was that Josh was not with us and this felt strange.

We were not constantly worried that a nearby child's cry would set our son off in a tantrum.  We were not watching to see if he ate sand or other non-food items.  We were not worried about him suddenly declaring that he had to go to the bathroom and us needing to find one OR ELSE.  We had come to this place not making any mental notes about where the nearest hospital was just in case he had a medical emergency.

No, we were just with two typically developing, fully toilet trained, children who could occupy themselves through imaginative play and reading books.  They were not guaranteed to be well behaved at all times but you could at least reason with them.  Typically developing children have a much wider array of things that you can threaten or bribe them with.  This is useful on vacations.

Being with just Hope and Anna felt so easy compared to being with all three of them.  Alex and I found ourselves surprised by our ability to wind down, even with our two exuberant, chatter-bunnies in tow.  At least they were joyful, self-entertained bunnies.

A few years ago I met with a woman who has an adult son with autism.  When I solicited her advice for long term family survival, she told me one thing:  take vacations without your child with special needs now and then.  I smiled, nodded politely and thought to myself, "No way am I ever going to do that."

The thought of going away and enjoying family time without the child who needs me the most was unfathomable.  How could I truly rest knowing else that someone else was watching Josh?  We do date nights without our kids and even overnights sometimes but it seemed so strange to have "family" time without Josh.  What would that be saying about his presence and role in our family?  That he wasn't welcome?  Or truly one of us? That he was too much work to be included?

Well, now that Josh is 11, I have reached the point of seeing where my friend was coming from.  This fall, the girls have asked that we go to Disneyland (for the first time) rather than having birthday parties.  Realizing that Disneyland would be an overstimulating hell for Josh (and that he'd be saying, "I want car" within the first expensive hour) we have decided that we are going to go without Josh.  I am going to embark on the gargantuan task of arranging childcare and training a number of different people in our community to be with Josh so that the rest of us can be gone for 4 days.

And what are we saying in making this choice?  I am saying that it is okay, even good, for us to have family time without Josh sometimes, especially if we are going to do something that he would not enjoy anyhow. Beyond that, I am realizing that doing well in the long marathon of raising Josh means taking respite times away from him, as in individual parent, as a couple, and as a family.  This is a tough and unexpected part of the journey but I feel that I'm being led forward by a sense of peace and conviction. I'll let you know how it goes. 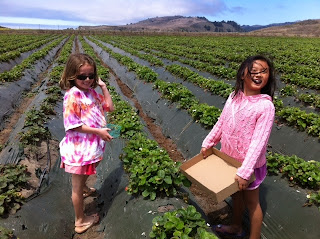 Posted by showerheads and hairdryers at 9:35 PM