Being Defensive and Saving the Planet 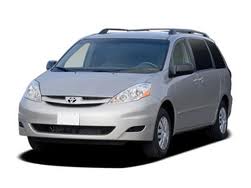 A high school girl with the biggest blue eyes I had ever seen, accentuated with a massive amount of black mascara, walked over to me with a desperate, serious look on her face. Her ponytail bobbed up and down and she walked over to my car with a quick determination.  I had been on the phone with my mother so I quickly signed off with her and turned my car on so that I could roll down my electronically powered window to see what was the matter.  She looked like she needed my help.

"Excuse me, were you idling your car?"

"Your car.  Were you sitting here with it on?"

She took a quick breath and said, with utter conviction, "Because idling cars, especially near schools, is a horrible cause of pollution and it's so avoidable and it looked like you were just sitting her with your car on and I just wanted to ask if you could turn it off if you are going to sit here because, like, I really care about the planet.  I mean, you could also ride your bike to pick up your kids, right?"

In the span of about 2 seconds, the following speech went through my mind.  "Listen Missy.  You have no idea about my life.  Do you know what happens when I walk or bike to pick up my girls at this school in the afternoons?  I will be late to pick up my autistic son off his bus back at my house and he will be a screaming mess and will be hitting himself on his head or biting his hand until it bleeds."

Perky-enviro girl and I stood there looking at each other, awkwardly and with unspoken hostility.  We were definitely not connecting.  She asked me to just "keep it in mind"and bounced back across the street.

Yes, I felt defensive.  I was being talked down to by a person at least two and a half decades younger than me.  This girl had taken action on her convictions and, for that, I was a little bit proud of her in the midst of being massively annoyed.  But the larger emotional reality was that she had judged me without knowing anything about the context of my life.  And she started with an assumption that she had correctly observed that I had been idling my car, which I was pretty sure I had not been doing.

This is why judgemental evangelism of any sort does not work.  When people feel wrongly and negatively evaluated, they don't tend to respond well.  Why don't people of conviction understand that?

On a deeper level, I realized that this girl had tapped into a current of guilt in me.  I do actually care about how car emissions are effecting the environment.  I want to be free to walk or bike my girls to school.  I don't want to be ruled by the fear of my son's strange reactions.  Yet, I'm stuck in this ridiculous reality of driving 8 blocks down the street every afternoon so that I can avoid a Josh tantrum situation.  Sometimes I see parents who are biking, who live much further away from our school than I do and I feel sad and embarrassed.  I want to explain to them, as I wanted to explain to this teenager, that I have to drive or else my child with special needs will start his afternoon off with having a big, sad problem coming off of the bus and I just can't have that right now.  So, yes, I feel guilty about driving my girls home from school but I have no good alternative right now.

The other day Hope informed me that we should never drive our car anywhere anymore because we are killing the penguins by using cars.  Her class had been doing a unit on penguins and had talked about how global warming was affecting their habitat.  This was very upsetting to her.  I told her, "Sweetie, sometimes we just need to do what we need to do.  That doesn't mean that we don't care about the earth and about penguins but we need to try to be mindful of things while living in the culture that we're in.  In our culture, we drive cars and, sometimes, I have to drive mine."  Hope seemed to accept this explanation, especially since we were driving to the library to pick up a book that she was waiting for.

The morning after the encounter with the teenager, I chose to have us ride bikes.  That afternoon, as expected, we were late coming back to meet Josh's bus, which was already waiting for us outside of my house (idling it's large engine).  While the bus driver seemed irritated at our tardiness, Josh was oddly and deliriously happy.  He was busy clapping his hands like crazy and laughing.

"Want ice cream.  Want popsicle." he said, as I rushed to get him off the bus.

"Yes, Josh."  I replied, deciding to enter into the moment of grace.  "Today there will be popsicles for everyone."
Posted by showerheads and hairdryers at 12:49 PM

Labels: being judged, guilt, the environment