"Mommmmmm.  Where's my . . ."  I hear it a thousand times a day.  It's uttered at the beginning, middle, and sometimes near the end of searches for lost items.  Wallets, homework, permission slips, hairbrushes, special rocks which I never knew that they had, they all have a way of hiding themselves in the corners and crevices of our house.  Tonight, it was her retainer.  Somehow, it was assumed that I would know where it was.  I did not.

Josh sat at the dining table eating his toast with neither guilt nor amusement.

"Josh, did you throw your sister's retainer in the toilet?"

What do you think?  Is he innocent?  Does he know what he is doing or no?

In the face of something that Josh has done wrong, it is never clear whether he is aware of his transgression or not.  Usually, I am too preoccupied by my own (often triggered, distracting, unhelpful) response to really be able to assess whether Josh is experiencing remorse, guilt, or defensiveness.  What I am wondering these days is this:  Does Josh understand that he does things that are wrong?  Does he know that he is a sinner? Or is he "an innocent"?  In biblical language, does he not have the "knowledge of good and evil"?

As a parent, I am aware that part of how children grow in their conscience is that parent teach them and reinforce that reality by giving them consequences for their actions.  But how does one punish a kid who responds like this?  I can't remember now if I gave him a consequence in this situation.  We were too busy freaking out and trying to figure out if we could save the retainer.

Miraculously, my daughter was frustrated but not angry.

"I don't know if Josh knows what he's doing or not.  Maybe he does.  I don't know."  She laid on my bed writhing with tension, amusement, aggravation and a drop of love. 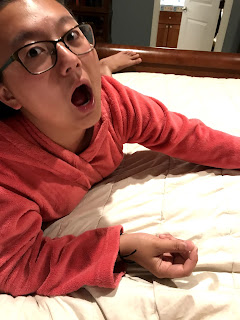 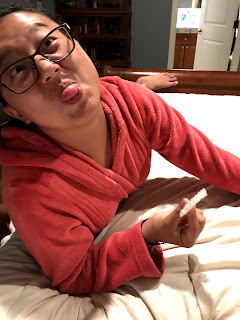 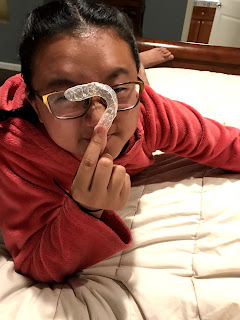 Posted by showerheads and hairdryers at 8:44 PM